Painted faces are a tribute to the dead.
Source: paintersoflouisville.com

Day of the Dead or Dia de los Muertos is a Mexican holiday celebrating loved ones who have crossed over, a mystical night when the veil is lifted between the realms of living and dead. The spirits of loved ones who have died return to earth to celebrate this holiday with friends and family. November 1st and 2nd are celebrated with skull face painting, altars, food, and family.

You can make your own altar to celebrate your loved ones that have passed on, it doesn’t have to be as elaborate as pictured here. A few mementos of your loved one, candles, their favorite food, and what ever you consider relevant. This, as with many things, cannot be done wrong. It is my belief that spirits visit our world all the time and we don’t have to wait until November 1st and 2nd to connect and/or communicate.

Skull images are not to be feared in this tradition like the pirates ‘skull and crossbones’, but rather respect and reverence for the dead. I love the face paintings, they are very artistic and beautiful. I live about 30 minutes from the Mexican border, so Day of the Dead Festivities are as common as Halloween .

On Dia De Los Muertos, people prepare a feast with many of the favorite dishes of lost loved ones. Pan de Muertos or “Bread of the Dead” is a traditional bread which is baked and eaten during this celebration. Mementos are set out of favorite things of the ones who have passed away.

The trademark of this event is the sugar skull, these skulls should be homemade. This is because these skulls are made as an offering to transitioned loved ones . It is not all that uncommon to see sugar skulls on tombs together with the deceased one’s favorite food and/or items.

Hollywood Forever is the only cemetery in the country which opens its gates and welcomes its surrounding community to commemorate El Dia de Los Muertos.

The historical roots of this celebration date back to the pre-Hispanic cultures of Meso-America of the indigenous people, especially the Nahua (Aztecs, Mayans, Toltecas, Tlaxcaltec, Chichimec, Tecpanec) and others native to Mexico more than 3,000 years. When the Spaniards conquered the country, this indigenous custom was rooted so deeply that, after five centuries of colonization, it has continued to survive and remain as celebrated as in its first days.

Throughout each period in Mexican culture, death seems to hold no terror. In Mexican art, legends, and religion, death has not been a mysterious and fearful presence but a realistic recognizable character as much a part of life as life itself. Dia De Los Muertos expresses this perspective; it is not a mournful commemoration but a happy and colorful celebration where Death takes a lively, friendly expression and is not frightening or strange. There is no place for sorrow or weeping for this could be interpreted as a discourteous to the dead relatives who are visiting gladly.

U.S. and International Day of the Dead Festivities Guide

2 comments on “Day of the Dead~Día de los Muertos”

What's on Your Mind Cancel reply

Truth is not to be found outside. No teacher, no scripture can give it to you. It is inside you and if you wish to attain it, seek your own company. Be with yourself. ~Osho
All things share the same breath - the beast, the tree, the man... the air shares its Spirit with all the life it supports. ~Chief Seattle education in healing energy for animals 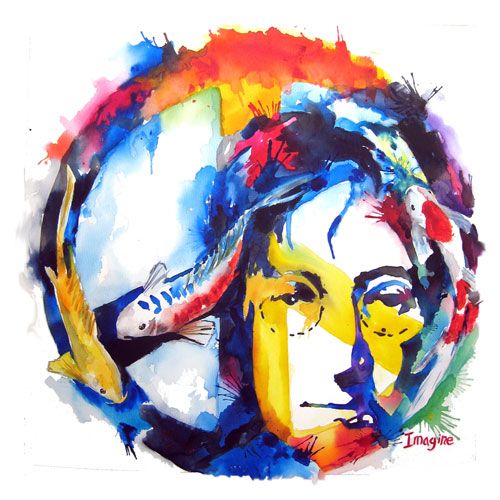